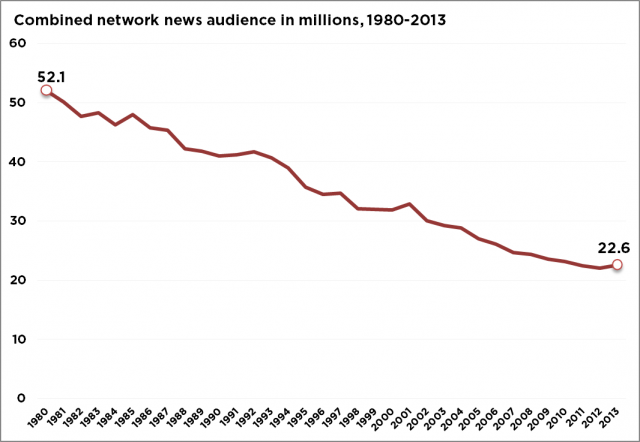 “The biggest reason for the decline was the advent and spread of cable television. When there were only three channels, everybody watched the news because there was nothing else on. That included people who cared about the world, and people who were just bored. Once they got cable, the latter group drifted off to other channels, and then cable news gave other options to the first group too, and then finally the Internet came along. Network news is still profitable, and its audiences are larger than any of the cable news channels, but it’s a shadow of its former self.”

Click here to cancel reply.
Holy Shit, I Interviewed the President–Hank Green
The Future of NYT–Seen by a group of NYU students