Dirt and Deeds in Mississippi: A Film Screening on Black Farmers’ Rights

Dirt and Deeds in Mississippi: A Film Screening on Black Farmers’ Rights 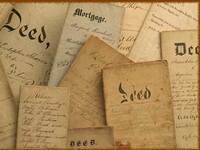 Join us for the New York premiere of Dirt and Deeds In Mississippi. This documentary uncovers the largely unknown and pivotal role played by Black landowning families in the deep South who controlled over a million acres in the 1960s. They were prepared to put their land and their lives on the line in the fight for racial equality and the right to vote in America’s most segregated and violently racist state.  In the face of escalating terror, Black landowners and independent farmers provided safe havens, collateral for jail bonds, armed protection and locations for Freedom Schools. They were often the first to attempt to register to vote and run for public office. Dirt and Deeds in Mississippi reveals the extraordinary story of a Delta community called Mileston in which 100 sharecropping families gained control of 10,000 acres of some of the best land in the state as a result of a radical New Deal era experiment in the 1930’s and in turn, became leaders of the movement in the 1960s. The film also presents new information about the infamous case of the three young activists murdered during Freedom Summer in 1964. Narrated by Danny Glover and winner of a Television Academy Award, Dirt And Deeds In Mississippi tells how an independent farmer and teacher who came to own the land on which his great-grandparents were slaves became the first Black candidate elected to a state-wide office in Mississippi in the 20th century.

This event is part of Earth Week at The New School, sponsored by the Tishman Environment and Design Center.