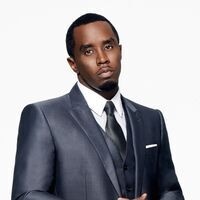 This event is now completely sold out. A livestream will be available here.

Don’t miss this exciting opportunity to spend an evening with Sean “Diddy” Combs, the Grammy Award-winning record producer, songwriter and artist, stage and screen actor, entrepreneur, and philanthropist. Combs will discuss his prolific career, creative inspirations and his critically acclaimed documentary, Can’t Stop, Won’t Stop: A Bad Boy Story. The film takes the audience behind the scenes for last year’s 20th anniversary Bad Boy reunion shows, the biggest homecoming in hip-hop history, and chronicles the meteoric rise of Combs and his iconic record label from its founding in the early 1990s to the top of the music business.

Sponsored by The New York Times In collaboration with The New School. This event will be live streamed

Tagged with: events, events at the new school