On Tuesday, September 24 we will host Multimedia Artist, Poet, Activist Cecilia Vicuña in conversation with GSC Director Professor Macarena Gómez-Barris. Cecilia Vicuña is a Chilean visual artist, activist, and poet whose work addresses ecological destruction, human rights, and cultural homogenization. She has lived in exile since the overthrow of the Allende government in the early 1970s. Vicuña’s ephemeral site-specific performance/installations, set in nature, streets, and museums, combine ritual and assemblage. She calls this practice “lo precario” (the precarious): transformative acts that bridge the gap between art and life, between the ancestral and the avant-garde.
Her exhibition Disappeared Quipu is on display at Brooklyn Museum until November 25.

Cecilia Vicuña in conversation with Macarena Gómez-Barris will take place on Tuesday, September 24 from 5PM at Higgins Hall 018, Pratt Institute.

Below is a poster announcing the event. We would appreciate if you could circulate the poster widely. This event is FREE AND OPEN TO THE PUBLIC. 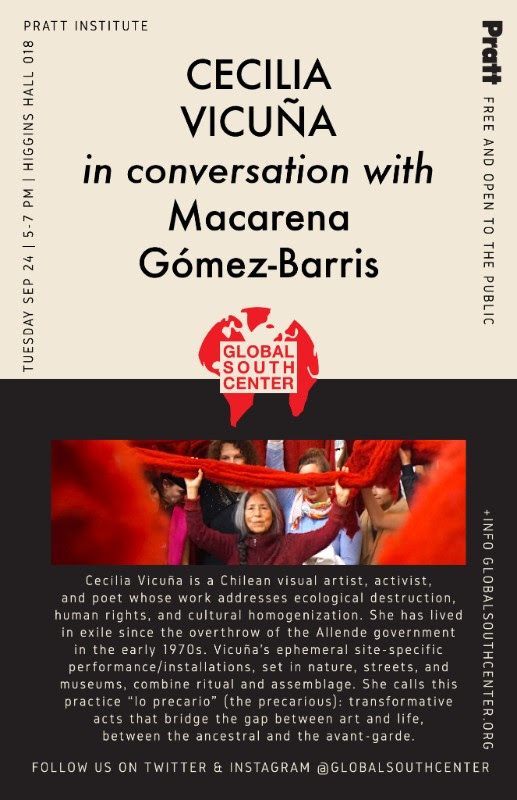