Bite Me: A Truly Independent Journey

Thursday, May 2, 2019 @ 6:30 PM
Join the team behind the independent feature film Bite Me for a case study on the film’s journey and the upcoming Joyful Vampire Tour of America that will feature screenings, capes, and Vampire Balls! Bite Me is a unique, while universally relatable, story about outsiders and an edgy, whip-smart, funny, heart-felt update to the rom-com genre. Naomi McDougall Jones (Writer/Actor/Producer), Sarah Wharton (Producer), Joanne Zippel (Executive Producer/NYWIFT Member) and Jack Lechner (Executive Producer) are inventing a fully democratic, filmmaker-empowered model of release that will change distribution from something you “get” into something you “do.”
More » 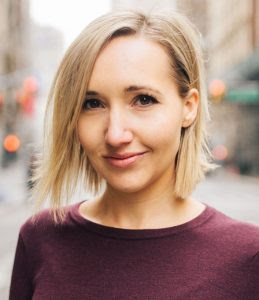 Tuesday, May 28, 2019 @ 7:00 PM
Join us for this month’s Member Screening showcasing the film The Rainbow Experiment (Christina Kallas, Writer/Director/Producer) starring members Lauren Sowa and Catherine Cobb Ryan. The members will be available for a Q&A immediately following the screening. The screening series provides members with the opportunity to show their work in a theatrical setting. Screenings take place at Anthology Film Archives, followed by networking at a nearby bar.
More »