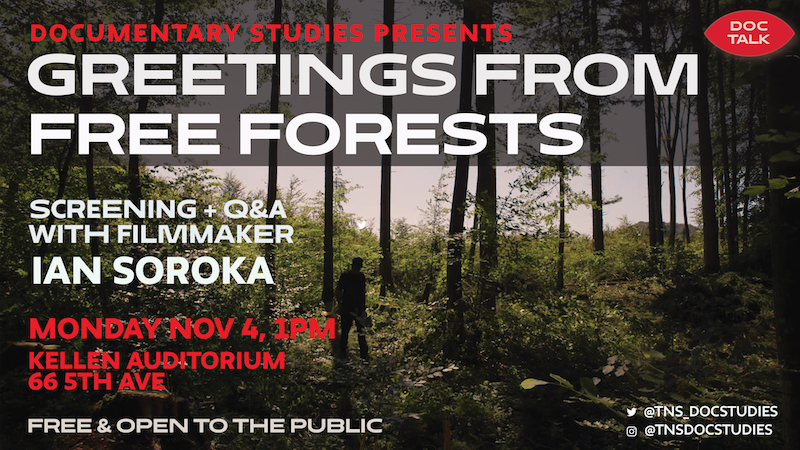 The film’s attractively verdant visuals are layered with a variety of voices exploring the forest’s past and present, with particular focus on its role as a commune for partisans during WWII. – Matt Turner, The Brooklyn Rail

Tactfully, Soroka keeps subjects at a distance in the frame, mostly using off-screen interviews as voiceover, side-stepping both conventional technique and creating a sort of unified disembodied voice of the setting. – Adam Cook, MUBI

Drifting through the densely forested landscape of southern Slovenia—GREETINGS FROM FREE FORESTS, like a lifting fog, reveals a refuge of embedded historical memory. The film travels alongside the testimonies of local hunters, foresters, cavers, and foragers among others—orbiting around an absence left by radical struggle after it has come to fruition and since faded. During WWII, this forest served as a sanctuary for the Partisan Liberation Front, who were resisting the Fascist occupation of Yugoslavia. Remnants of this event can still be found throughout the forest in various states of decay, but also within images that sought to preserve the revolution’s emancipatory energy for future generations; images now stored in an underground film archive buried within the forest itself, depicting both the violence and the hope that came with radical change. 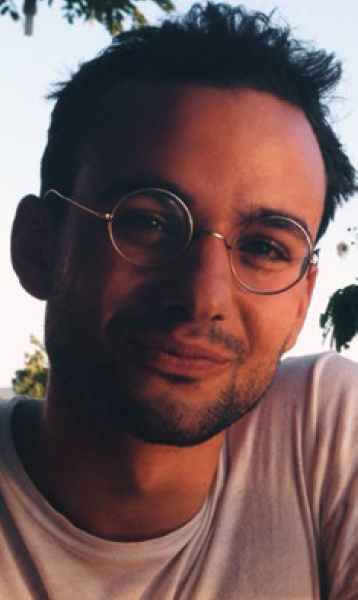 Ian Soroka (b. 1987) works in non-fiction forms of film and video. He studied cinema and philosophy at the University of Colorado in Boulder, in Prague at FAMU, and completed an M.S. in Art, Culture and Technology at MIT. Ian is a MacDowell Colony Fellow, a Princess Grace Foundation-USA Award recipient, and a Fulbright Fellow in Slovenia, where he was a guest researcher at the Slovenian National Film Archive and Cinematheque. His work has screened internationally in festival, gallery and museum contexts including: DocLisboa, Art of The Real, The Doc’s Kingdom Film Seminar, Rencontres Internationales, Dokufest, DokFest München, and Kinoteka, Ljubljana. Ian is from western Colorado and is based in the San Francisco Bay area.

Presented by the Graduate Certificate in Documentary Media Studies @tnsdocstudies