The Eighth Annual Video Art and Experimental Film Festival (VAEFF) introduces New York City to the most conceptually challenging, aesthetically daring, and provocative video art and experimental film from around the world.
The festival continues with the ever-popular “Beauty, Sex & Shame” program, along with “Color, Movement & Space” as well as a new program “This Fabulous Fucking Life.”
They are also bringing back “Fashion & Music – Special Selection”, curated by Niccolo Montanari, one of fashion film’s most prominent curators.
In addition to the official selection, VAEFF invites you to participate in Q&A sessions with attending filmmakers, moderated by Lyle Rexer. The closing night gala will feature an open bar with complimentary wine and beer, and hors d’oeuvres. The resulting lineup is a captivating roster of both established and emerging artists from around the globe.

Catch screenings and more at the Tribeca Film Center and DCTV this November 7th-9th!

Students can use the code: NYSTUDENT for a 20% discount on the Film Festival Tickets

Beer has been lovingly provided by Brooklyn Brewery 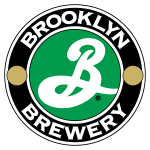