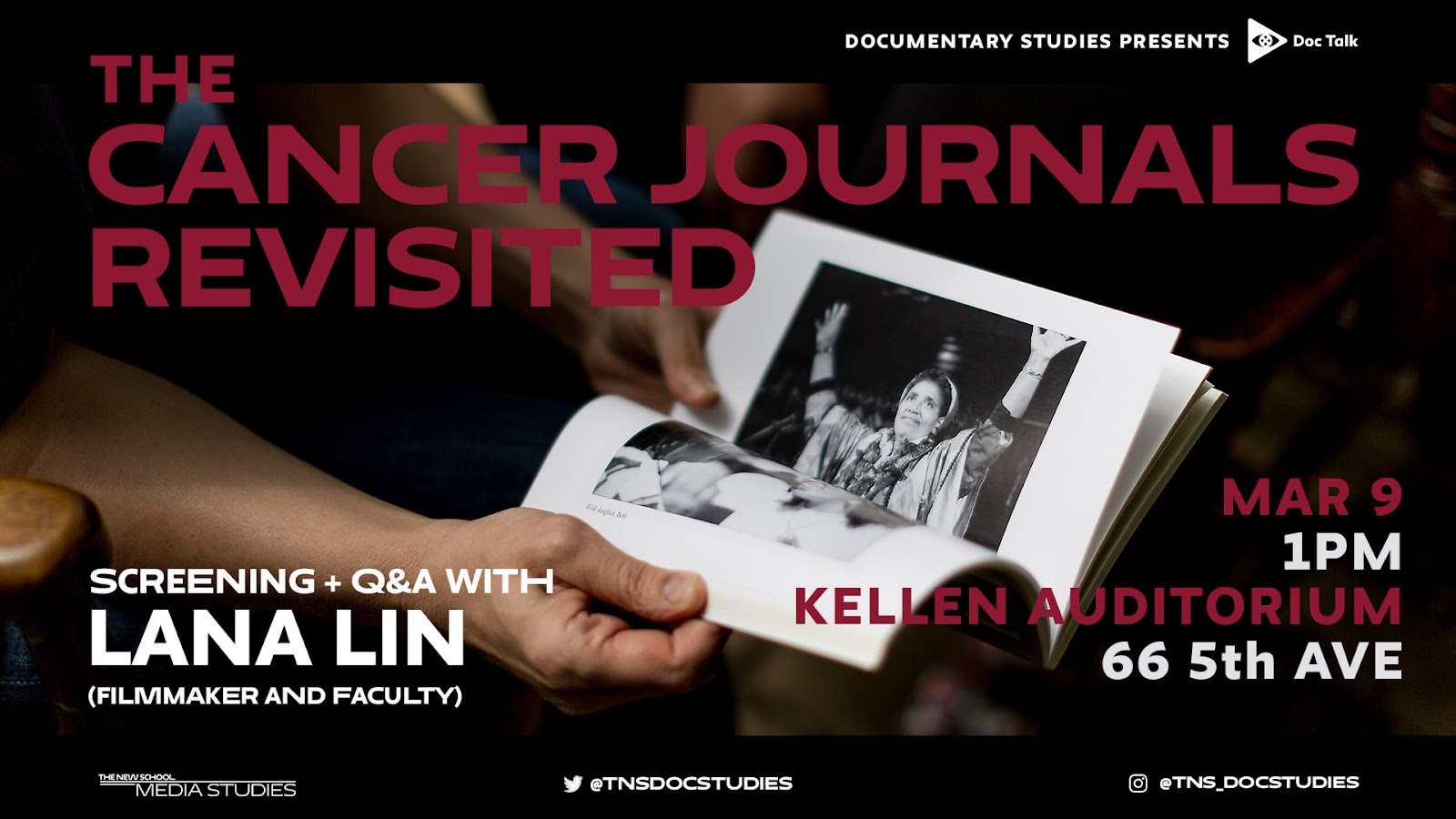 Poetic and urgent, eye-opening and razor-sharp, THE CANCER JOURNALS, REVISITED is the cinematic embodiment of Lorde’s deep belief in collective power.

Utilizing a non-narrative, poetic approach to the documentary form, the filmmaker channels a plurality of lived, felt experiences into a collective act of better world building.

Join us for this special screening of filmmaker and Media Studies faculty Lana Lin’s award winning documentary, The Cancer Journals Revisited. The film is a poetic rumination on the precarious conditions of survival for women of color today. 27 artists, activists, health care advocates, and current and former patients recite Black lesbian feminist poet Audre Lorde’s classic 1980 memoir of her breast cancer experience aloud on camera, collectively dramatizing it and producing an oration for the screen. The Cancer Journals Revisited reflects upon what it means to contend with the complex dimensions of illness and its afterlife. 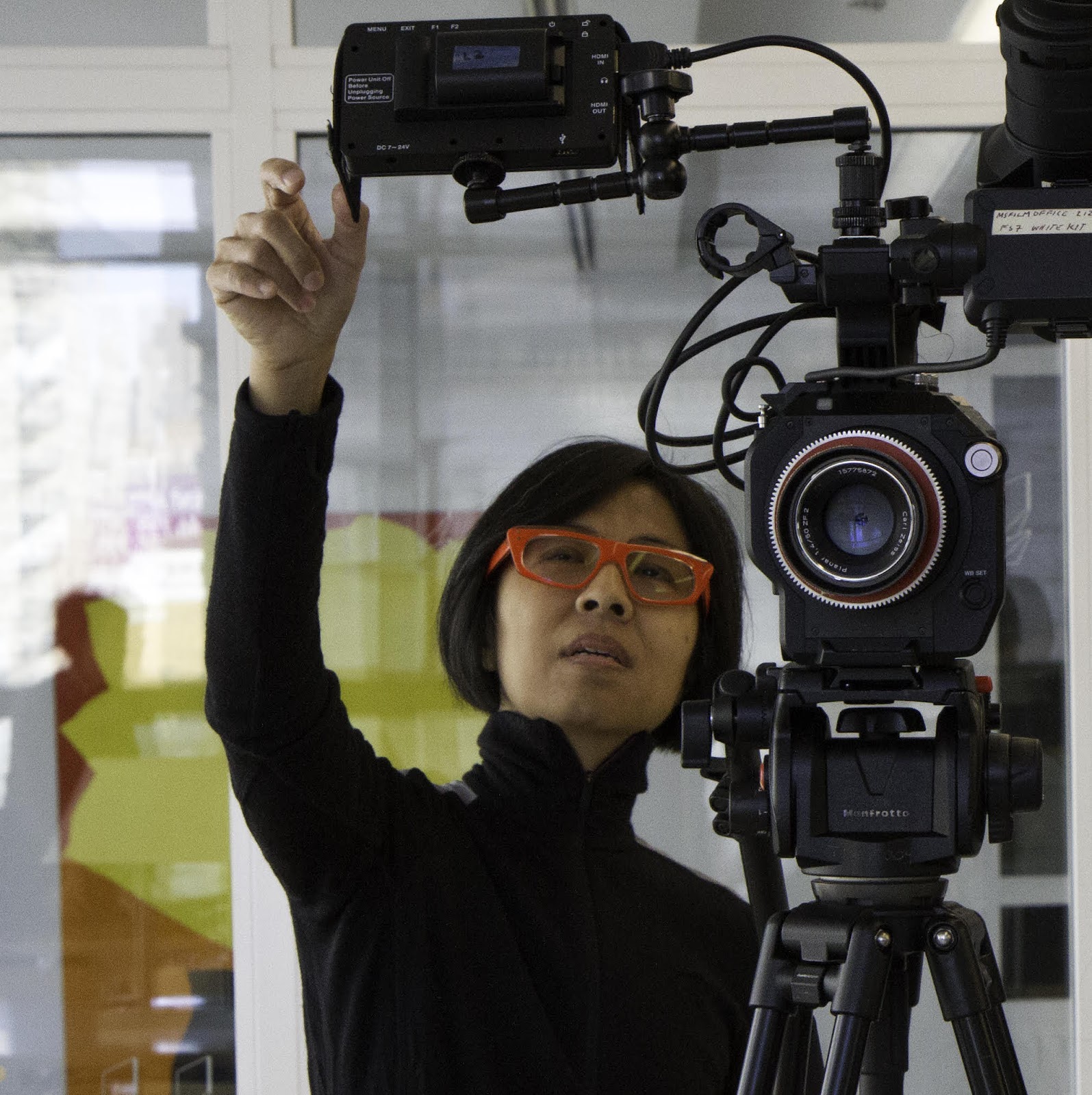 Lana Lin is an artist, filmmaker and writer based in New York. Her work has been shown at international venues including the Whitney Museum and Museum of Modern Art, NY; Stedelijk Museum, Amsterdam; Wexner Center for the Arts, Columbus, OH; Oberhausen Film Festival, Germany; Taiwan International Documentary Film Festival; Gasworks, London; China-Taipei Film Archive; and the 2018 Busan Biennale. She has received awards from the New York State Council on the Arts, New York Foundation for the Arts, and the Jerome Foundation, and has been a fellow at the MacDowell Colony, Civitella Ranieri, and the Vera List Center for Art and Politics. A recent acquisition of Women Make Movies, her latest film, The Cancer Journals Revisited, premiered at BAMcinemaFest and won Best Documentary Feature, San Diego Asian Film Festival and Favorite Experimental Film Award, BlackStar Film Festival. The author of Freud’s Jaw and Other Lost Objects: Fractured Subjectivity in the Face of Cancer (Fordham UP, 2017), Lin is currently an India China Institute and GIDEST fellow, and Associate Professor in the School of Media Studies at The New School.

Tagged with: events at the new school, faculty, screening