Doc Talk: What Farocki Taught & On The Domestic Of Sheep Screening and Q&A with Jill Godmilow, 4/5

Doc Talk: What Farocki Taught & On The Domestic of Sheep Screening and Q&A with Jill Godmilow

Ever since Jill Godmilow began making documentaries in 1966, her work has broken barriers. Her early feminist films helped pave the way for more films made by, for, and about women. In her groundbreaking Far From Poland she explored the rise of the Solidarity movement at a distance, incorporating an unprecedented array of experimental approaches—staging, reenactment, interviewing, archival films—and thereby fostering a post-realist movement within documentary filmmaking. Her criticism of documentary’s “pornography of the real” has won her friends and enemies, challenging left liberal documentary to re-think its strategies. What Farocki Taught (1998) is one of her most controversial films, a re-make and interrogation of Harun Farocki’s Inextinguishable Fire about Dow Chemical’s creation of napalm B during the Vietnam War. Since her retirement from teaching at Notre Dame University, she has been busier than ever, producing and directing new films and writing a book for students about the documentary. Her recent short film, On the Domestication of Sheep (2019), is a quirky surprise—an animated film that delivers a blow to gendered capitalism with ironic wit and powerful punch. Godmilow remains tireless in her efforts to keep the debate over documentary ethics as stimulating as ever. She will discuss these two short films, radically different in style and tone from each other, and then speak about her new book and film-in-progress.

Please join us for this online screening and Q&A with Jill Godmilow, hosted and moderated by Deirdre Boyle, Associate Professor in the School of Media Studies at The New School.

Presented by the School of Media Studies at the Schools of Public Engagement. 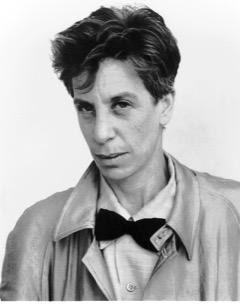 Jill Godmilow is an internationally known, award-winning independent filmmaker who has been producing and directing nonfiction and narrative work on feminist, gay, labor, and art issues for decades. In 2003, her Academy Award-nominated feature Antonia: A Portrait of the Woman was added to the National Film Registry at the Library of Congress. She is Emerita Professor at the University of Notre Dame where she taught film production and critical studies courses in the Department of Film, Television & Theatre for twenty years. She is probably best known for her radically deconstructive approach to the documentary and juxtaposition of fact and fiction. In 2020 she began work on a new film, For High School Students—Notes from the Vietnam War. She has just finished writing Kill the Documentary—A Letter to Filmmakers, Students and Scholars, forthcoming from Columbia University Press.