How Does Designing for Movement Affect the Design of Public Interactives? 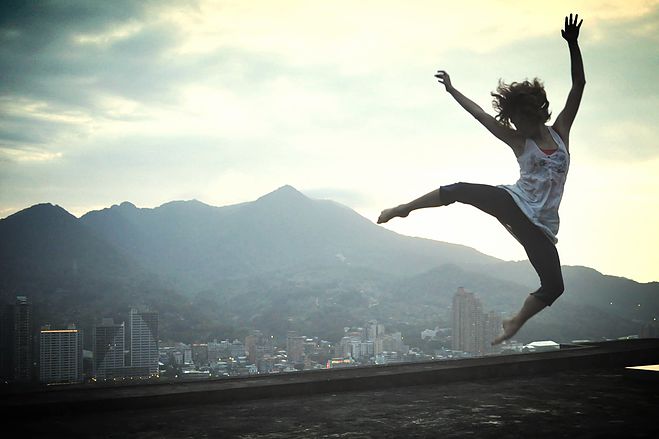 The Public Interactives Research Team welcomed special guest researcher and educator Renata Sheppard, whose work focuses on understanding the relationship between movement, technology, and performance. We discussed Laban Movement Analysis, a language system and translation of movement and meaning, and how the system lends itself towards interaction design. 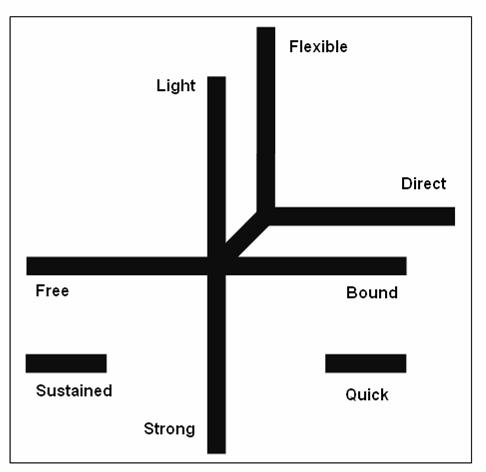 The Laban Effort Graph, for describing, visualizing, interpreting and documenting all varieties of human movement

A point that emerged during our discussions is that, based on our observations, most reactive environmental technology design may not take into account the complexity of possibilities that the movement of the human body could afford. For example, we discussed the fact that most reactive environments that we study (including those that PIRT has prototyped and deployed for research purposes) may only concentrate on a certain SPECIFIC ASPECT of presence, touch, or movement, in order to trigger a media event, like distance from a sensor, the magnitude of a sound, or the fact that a person occupies a specific area of a space. While technological limitations could be a factor, the team understood that Laban Movement Analysis could be an interesting and productive way to discuss and consider human agency in an environment that requires a presence in order to perform its media function.

Discussion also included ways to incorporate Laban Movement Analysis into the design of the interface for the AIDS Quilt Touch Digital Experience. This led to questions about how technology may constrict interaction, on how to achieve a one to one relationship between technology and a person interacting with it (meaning a more exacting mimesis between human movement and technology functionality), while considering that human beings perceive in three dimensions, and that interaction design should take into account that dimensionality.

Field Research on Interactivity in the Wild