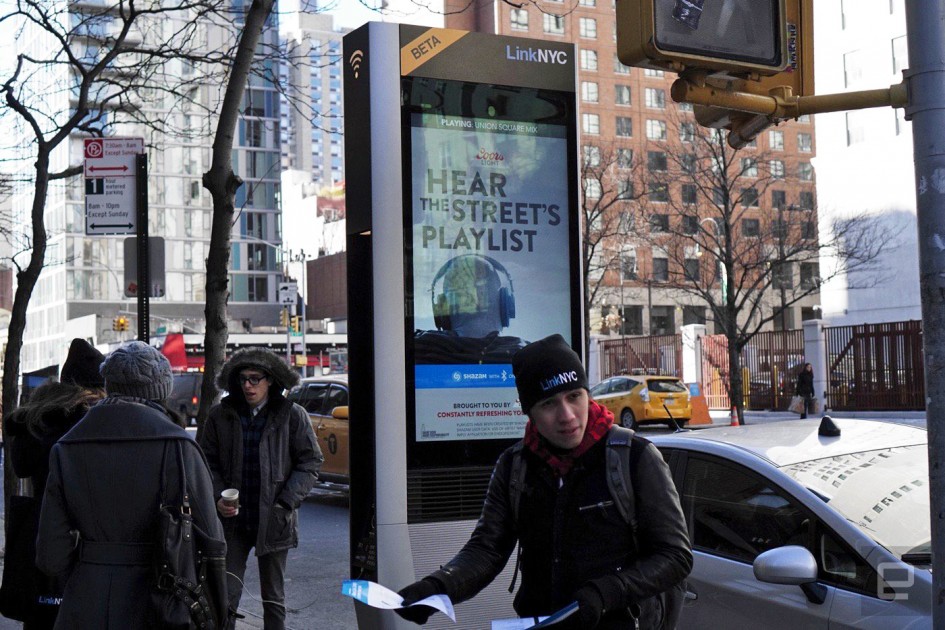 This is a first installment of an ongoing documentation series, where Public Interactives Research Team will observe linkNYC kiosks being installed and brought into operational mode. The roll-out process began during late December and early January, where there are now a few operational and non-operational kiosks in place along Third Avenue, between 14th street and 92nd street, in the east side of Manhattan. linkNYC has provided this map of installed kiosks (or “links” as they are referred to) 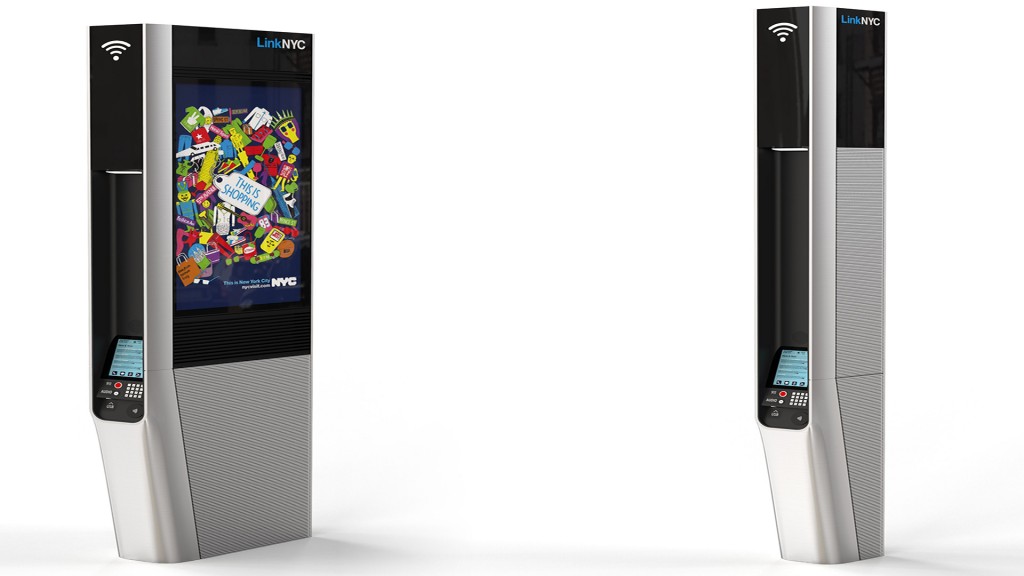 Of particular interest to PIRT are the media touchscreens featured on each “link”. According to the project documentation, each kiosk should feature hyperlocal content specific to where the link is deployed. linkNYC is one of the largest public touchscreen deployments of its kind, so the team is excited to be in such close proximity to this, and we’ll be right there to document its first months of existence.

PIRT member Sean Landers files this report about what he recently saw of the links on Third Avenue between 14th and 18th streets.

Walking past on my way in this afternoon — decided to perform an informal walking survey of the units between 18th and 14th streets, on the east side of Third Avenue. The screens on the terminals didn’t seem to be enabled on the links situated at 18th – 16th streets. I did find one touchscreen enabled, but it was non-responsive, near 16th street and Third Avenue. The first functional unit I found was on the southeast corner of 15th Street,  found a second responsive link working on the west side of 3rd Avenue between 14th and 15th streets.

Outgoing calls and Internet worked on the kiosk.

Internet: Let me cruise around news.google.com, CBS website, YouTube with great freedom. There’s supposed to be content filtering. While I didn’t intentionally test it to see how inappropriate it’d let me get, I think it filtered a NYT story on me.  Not sure if it was content (it might’ve been an article on fundamentalism or ISIS?) or some other reason. I am also curious whether filtering is just linkNYC terminal or if there is some type of filter active on the WiFi as well. The link played full motion video with audio, really smooth and clean, no loading bars whatsoever; audio through the headphone jacks was great.

Outgoing Call: Made an outgoing call to my cell-phone and left a voicemail for myself.

I heard my own voice mailbox message really well through headphones on the link. The incoming voicemail was really garbled, basically garbage. Which I guess makes sense, given that I was using a speaker phone from a foot away on the side of 3rd Avenue in the middle of the afternoon. The incoming number listed on my cell phone was (646)693-4500.  Calling it results in a personable error message that the number belongs to a linkNYC terminal, which doesn’t receive incoming calls. The service is provided by (prominently branded) Vonage. I could make a phone call while browsing the web, exactly like a phone or a tablet.

Interface: Interface of the link seemed to be Android …  had the characteristic “reverse button, home circle, open apps square” features on bottom of screen.  Options gear in top right corner lets you adjust brightness and audio. There’s another grey bar which slides up and down just above traditional Android options bar — this bar gives options for what you can access… Outgoing Calls, Internet, 311. There’s a red X you can use to terminate your session — according to the FAQ, they also auto-terminate after 30 seconds (which I presume is ‘inactivity’?). There’s also a “circle-i” button near the gear which brings you to an extended FAQ + licensing information for the terminal.

FreeWiFi let me access it without giving it an email address. Apparently, the “Private WiFi” is only available to Apple Devices supporting Hotspot 2.0. The connection really did feel scorchingly fast (although let’s see what happens when everybody on 3rd avenue is using it). Unlike a lot of free wifi, it seemed to have no problem with me streaming music on Spotify. The WiFi signal seemed to drop off somewhere before Union Square east (a few blocks to the west of the link)… I’m not sure what the WiFi range is, exactly.  I am also wondering if WiFi is active up-and-down Third Avenue, or just in pockets around functional links?

Field Research on Interactivity in the Wild, PiRT Members Blog