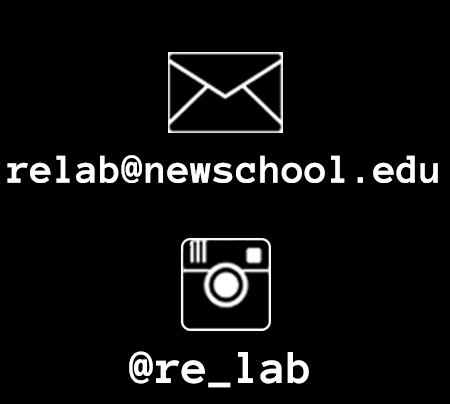 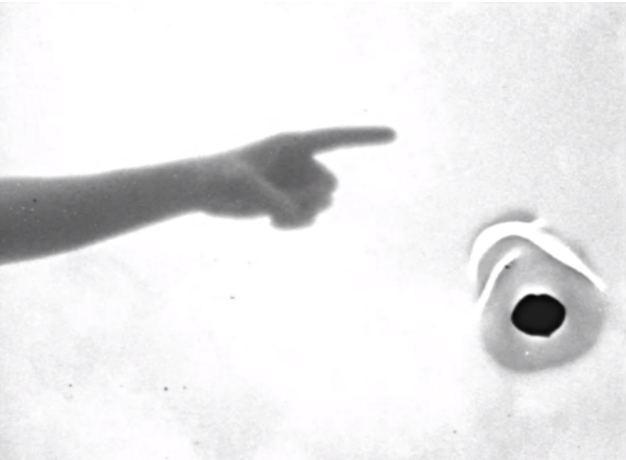 Led by Josh Lewis, creator of NEGATIVLAND, Re/Lab’s hand-made film emulsion workshop was truly an experimental affair. Over the course of two days, students learned how to create a simple gelatin emulsion; an amateur version of the complex commercial versions used by companies such as Kodak and Ilford. 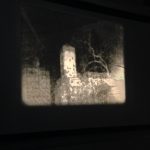 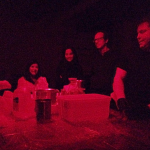 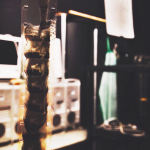 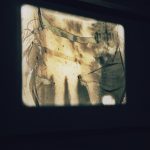 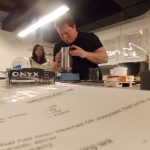 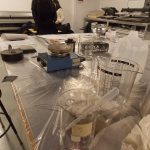 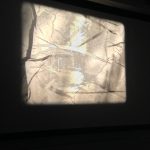 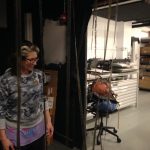 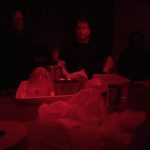 “There’s a lot of heartbreak.” When embarking on making your own emulsion, it’s crucial to maintain a positive attitude. Even Josh, a seasoned emulsion-maker, can encounter roadblocks; but he’s keen to remind you, the fun is in the challenge. Honing your technique is critical – if you think you’ve messed up, just step back, and start again.

In a light-tight room, students gathered around, notebooks in hand, to observe Josh
as he swelled gelatin and brewed Silver Nitrate solution. Carefully talking through
his choices, and the basic chemistry involved, Josh explained the various pros and
cons of working with a hand-made emulsion. Above all, a passion for experimentation is key.

Once the critical chemical reactions had taken place and the emulsion had ripened,
set, been washed and left to digest, it was time to start coating. With the lights off, students stretched long strips of old 16mm and 35mm film across a worktable. With a sometimes delicate, other times Jackson Pollock intensity, the emulsion was
applied to acetate film and printer paper. The coated materials were left overnight
to dry, and so concluded Day 1.

Reunited in the light-tight room, students loaded the dry, coated film into an array
of 35mm cameras, and a 16mm Bolex film camera. Cameras in hand, the group headed to Washington Square Park, and spent an hour shooting a short film, and several rolls of still images.

Back in the lab, Josh carefully developed the fragile film in a special development
tank. After the film was developed, fixed, and washed, it was finally ready to be seen. The moment of truth. Hazy, fractured and cracked images rose from the 16mm film, which, when run through a projector created a short film of magnificent beauty. The 35mm film rendered one-of- a-kind portraits and abstract vignettes. Additionally, students used the coated paper to make dream-like photograms in the
darkroom.