Lawrence Abu Hamdan – Aural Contract : The Voice Before the Law 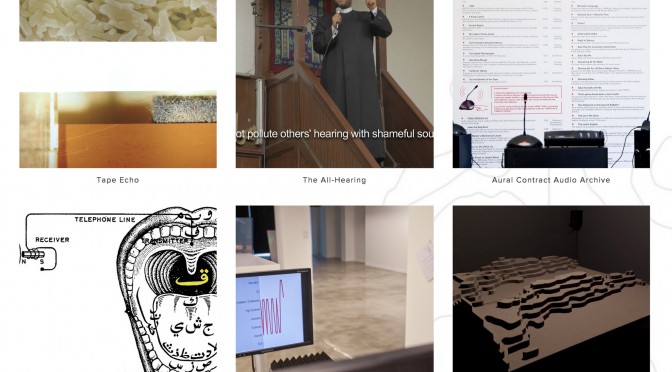 Co-Sponsored by the Vera List Center for Art & Politics

Abstract: Since 2010 Lawrence Abu Hamdan’s Aural Contract has been dedicated to understanding the role of voice in law and the changing nature of testimony in the face of new regimes of border control, algorithmic technologies, medical sciences, and modes of surveillance. He argues that we now live in an era when the conditions of testimony have insidiously shifted, and seeks to demonstrate how the diminishing agency of words is being drowned out by the law’s amplification of accents, inflections, reflections, impediments, and prosody; it is an age when the voice itself becomes like a kind of stethoscope, an instrument that allows the “long ear of the law” to probe deeper into the body of its subjects. Abu Hamdan’s latest body of research will be performed as a live as an audio essay, employing a series of sonic manipulations, and pre recorded samples that through their composition are designed to question the fundamental ways in which our voices are heard today.

Bio: Abu Hamdan’s work with sound and its intersection with politics originate from his background in DIY music. His work has participated in legal investigations and was submitted as evidence at the UK asylum tribunal where the artist himself was called as an expert witness. In 2015 Abu Hamdan is the Armory Show commissioned artist and will also be exhibiting works at the New Museum Trienniel. His solo exhibitions include The Freedom Of Speech Itself (2012) at Showroom, London, The Whole Truth (2012) at Casco, Utrecht and most recently Tape Echo (2013) at Beirut in Cairo and Van AbbeMuseum, Eindhoven. His works are part of collections at the Van AbbeMuseum and MoMA New York. Abu Hamdan’s writing can be found in Forensis Sternberg press, Manifesta Journal and Cabinet Magazine.