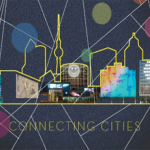 The Speaker: Susa Pop is an urban media curator and producer based in Berlin. In 2003 she founded Public Art Lab (PAL) as a network of experts from the fields of urban planning, new media arts and IT. Susa Pop is interested in creative city-making through urban media art projects that catalyze communication processes in the public space. She initiated most of the PAL projects like the Connecting Cities Network (2012-16), Media Facades Festivals Berlin 2008 and Europe 2010, Mobile Studios (2006) and Mobile Museums (2004). She also speaks worldwide at conferences and workshops and is a lecturer at several universities like University of Potsdam and Leuphana University /  Institute of Urban and Cultural Area Research. In 2012 Susa Pop co-edited and published the book Urban Media Cultures.