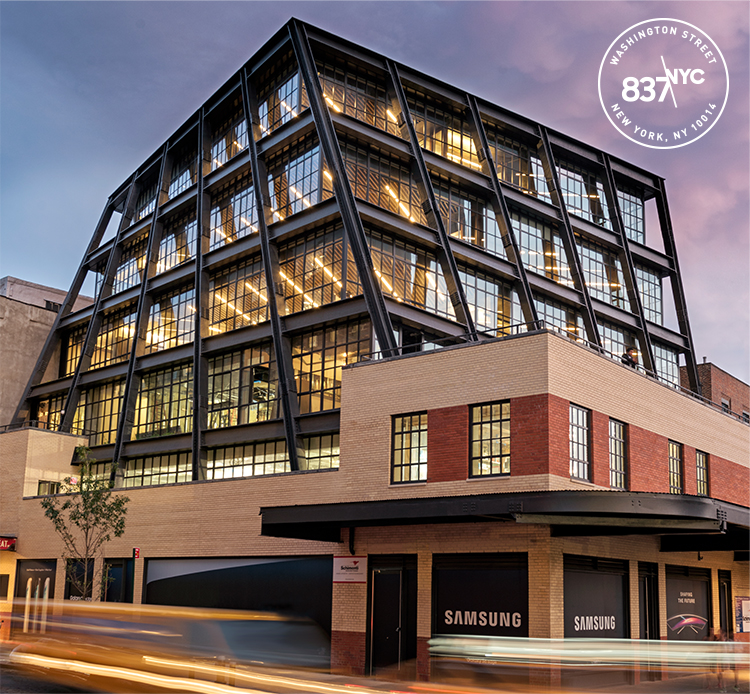 Samsung 837 is described as "combining art, fashion, technology, and sport in unprecedented ways. It’s not a store, but a new kind of place filled with ideas, experiences, and Samsung’s cutting edge devices."

I went with my class to the Samsung Experience Store on Thursday, March 3. We went around 1pm, after lunch time, so there weren’t very many people inside the store when we got there. The store felt like a museum at first, and then slowly shifted into a showroom. There are two levels to the store and they have distinct characteristics.

The first floor felt a lot like a museum, showing exhibitions of Samsung’s products. It’s laid out pretty logically too so when you are finished with one item, the next one is right there. There are four main stations on the first floor. When you first walk into the store, you go to the left, where there is an employee that asks you if you want to take a selfie with their new Samsung Galaxy S7. After you take the selfie, in about 30 seconds, the photo is shown on these massive TV screens. The photo is then made up out of Instagram photos, like a collage. 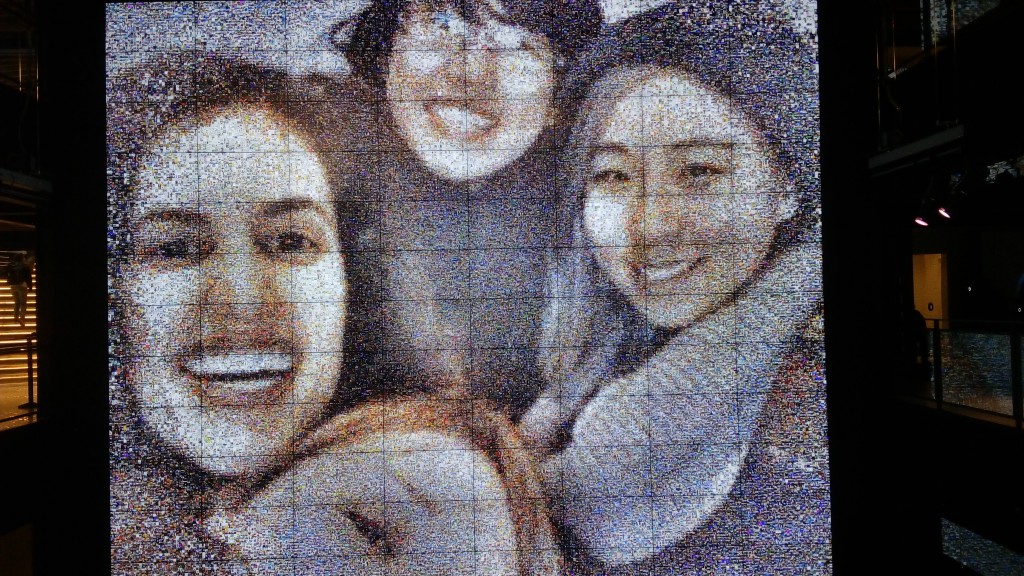 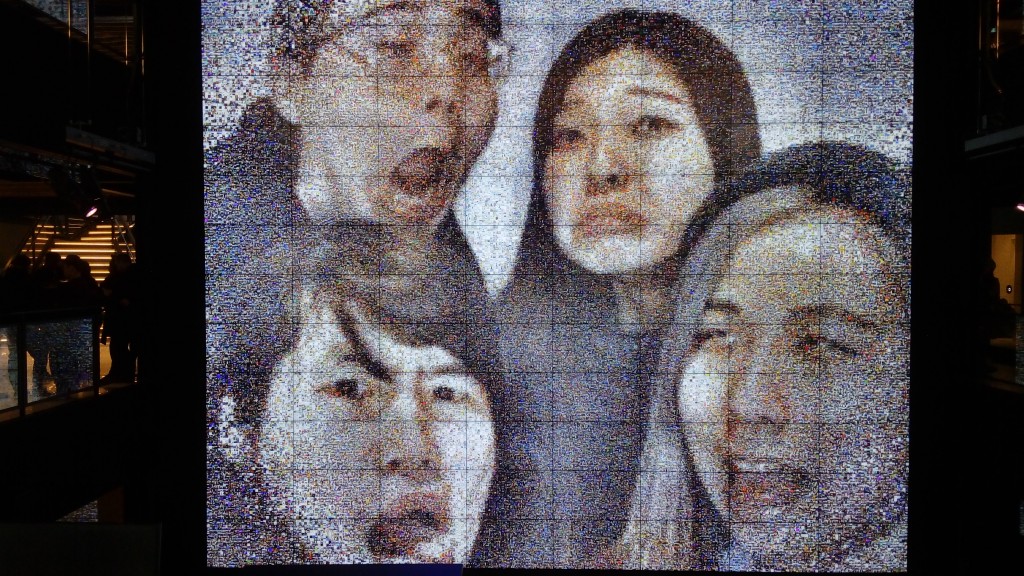 After being in awe with that, I walked over to the next stations with their VR set up. The first VR station we went to was like experiencing a 4D cinema theatre with moving seats. We went on a roller coaster ride with the Samsung Gear and moving seats. I was really excited to experience this, but it did not feel the same as being on an actual roller coaster ride; I didn’t get the same adrenaline. I also sort of broke the Samsung Gear as I was putting them on, and the whole time, I thought it was similar to the Oculus, but it’s actually just like the Google Cardboard. The Samsung Gear is Google Cardboard, enclosing a Samsung Galaxy s7 inside to create the VR.

Moving on to the next VR station, this experience was more on the immersive side. It was basically a lounging area where you put on the Samsung Gear and surround sound headphones to experience whatever they were showcasing. In this occasion, it was (of course) a horror setting, where you are sitting on the couch, and it’s raining outside and weird stuff began to happen and a girl suddenly shows up, and then later, kills you. This experience really scared me, but that’s just the type of person I am. I got scared, screamed and immediately took the goggles off in fear. And then I immediately left to the next station. 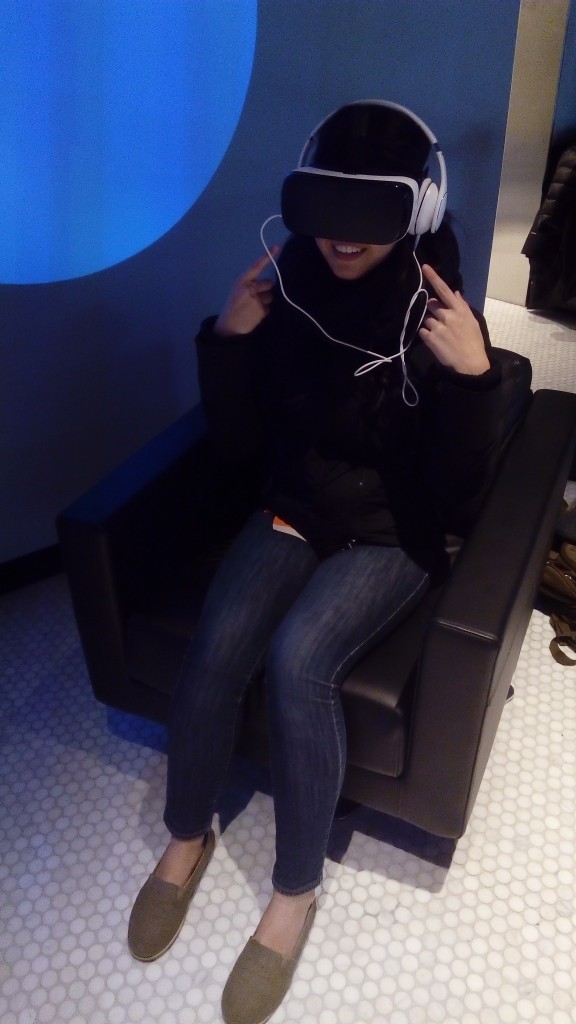 In the last station, I considered it to be the “best” part of the store. It is this immersive Instagram tunnel, where users input their Instagram handle, and it loads all the Instagram photos that they have ever taken, and then the robot in the tunnel speaks out the different hashtags in your photos. The tunnel only allows three people at a time. The tunnel is sectioned off into three ways and every time a new person enters into the tunnel, the previous people’s position moves forward. Another trip factor of this tunnel is that it is made out of mirrors. So the Instagram wall itself is just half a wall, and then everything else is reflected off from the mirrors. And because the tunnel is made out of mirrors, everyone is required to wear shoe covers so as to not dirty the floor. 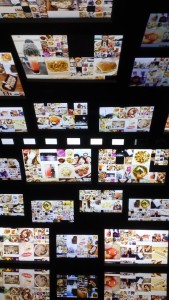 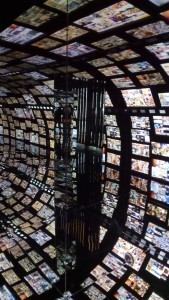 That covers the first floor of the store. Going up to the second floor, this is the part where Samsung tries to grab you and never let you leave. There is a coffee shop there with big donuts that you can buy and eat in the dining area. But moving past that, there is this interactive wall where you can see the different appliances that Samsung offers and beside it, a kitchen with their appliances working together, showcasing the wonders of Internet of Things. There were too many people in that area so I did not get the chance to play with the stuff. But moving on from there, there is this photo room, where you compare taking photos from the Samsung Galaxy s7 to its competitors like the iPhone, HTC, and so forth. After you take the photo, you can see a side by side comparison of the photo quality. I think that this was the part that really screamed at me that Samsung was not just trying to convince you to buy the phone because this section is basically like the apple store where they lay out all their tablets and phones for you to play with. 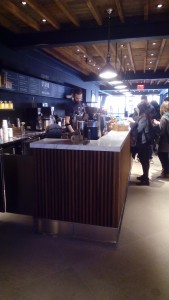 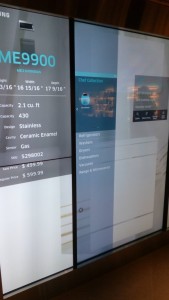 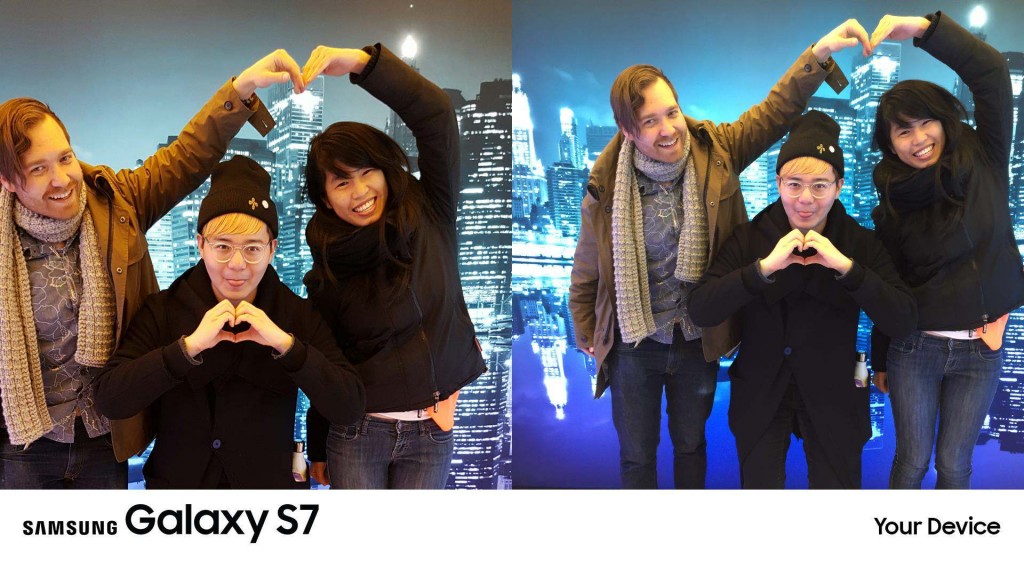 Overall, I would say that this was a good visit and a good experience as a consumer or if you are a Samsung fan. A fair warning for when you go, you will be asked to sign waivers for using the VR sets. I assume it’s just so that if you get sick from it, it’s not their responsibility. And for the Instagram tunnel, you agree that your Instagram account is public. I would like to go again, just because I am curious whether they change up their experiences. For example, instead of a haunted house during the VR experience, I’m sitting down having tea or something. And of course, for the doughnuts.

Field Research on Interactivity in the Wild, PiRT Members Blog